Dear Friends and Supporters of the Hypoglycemia Support Foundation,

The HSF declared March 13, 2020 as the inaugural Global *Hypoglycemia Awareness Day, and, on this special day, we also celebrated the HSF’s 40th Anniversary!

Our HSF Open House Zoom Room was held from 9am (Pacific) / Noon Eastern to 1pm (Pacific) / 4pm Eastern… a total of 4 hours on March 13, 2020. Our vision was fulfilled and many of our friends, colleagues, followers, and advisors called in and joined the conversation, which we recorded and now share with those who were not able to call in. Roberta Ruggiero and Wolfram Alderson were in the Zoom Room during the entire 4 hours. Questions about hypoglycemia, opportunities to share experiences relevant to hypoglycemia, expertise, and connections to hypoglycemia, etc., were welcomed and a rich discussion was held. This is the first time the HSF haS done something like this, so consider it an experiment in how to engage our community in a way that is inclusive and accessible to all.

Check out our National Petition

Here is the audio recording of the entire open house! 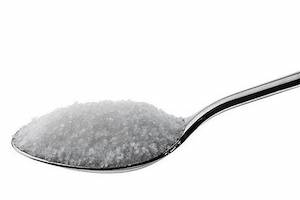 Sometimes we get requests from folks who want to “Quit the Sugar” – looking for recommendations or referrals. We don’t formally recommend anyone in particular in this space, since many of the actors and their business, books, etc., “kicking sugar” are not necessarily tethered to any particular or solid science of dealing with food addiction. A lot of them mean well, but are often padded with “fluff” and personalized approaches that may or may not work.
There are several amazing experts you may want to look into though, all trusted advisors to the HSF, and all of whom offer approaches way deeper than just “sugar” addiction.
It is worthwhile to start with getting a “Bigger Picture” of what is driving addiction, which is what Dr. Robert Lustig (also an HSF Advisor) spells out on his website:
https://robertlustig.com/processed-food/
https://robertlustig.com/food-addiction/
(Understanding the nature of food addiction and processed food is fundamental to “kicking sugar.”)
Joan Ifland, PhD
World’s leading expert on processed food addiction…she literally wrote the book on the subject. Her approach is broader than simply “sugar addiction” or “food addiction”… her website is https://www.drjoanifland.com. She does quite a bit of online coaching and offers a supportive Facebook page. Sugar addiction is processed food addiction – sugar is in 75% of the food supply, and these foods are all processed.
Julia Ross
Julia is a Master level therapist who started out treating addiction, but discovered the underlying causes of addiction were related to food and nutrient deficiencies, especially amino acids. Her book, The Craving Cure is excellent, and she also operates a clinic in Mill Valley, California.
https://www.juliarosscures.com/craving-cure
Ann Childers, MD
Dr. Childers is a psychiatrist who has built her practice on mental and metabolic health. She is based in Portland, Oregon, and only takes clients there. I mention her, because, if I were addicted to any food substance, I would want her to be my doctor. She may be able to give you some advice on how to shop for a health care provider that may share her same paradigm of treatment, which is remarkable. Like Julia, many of her clients may come in presenting symptoms related to mental health or addiction, but may, in fact, be suffering from dietary deficiencies, or simply the wrong type of diet. For example, cutting sugar is almost impossible without looking at processed carbohydrates (sugar being an ultra processed carbohydrate) and your blood sugar health.
https://lifebalancenw.com
The Suppers Programs
This organization, founded by addiction expert and visionary Dorothy Mullen, is based in Princeton, New Jersey, and offers the most brilliant community model for helping folks face all kinds of health issues related to food. With The Suppers Programs, you can learn about the importance of eating whole foods for good health. Understanding how and why biological individuality is critical, and seeing connections between food, mood and health is fundamental. The Suppers Programs encourages personal experiments and gathering your own data, and have created a supportive learning environment within a supportive community where you can experiment and discover the way of cooking and eating that improves and sustains YOUR health. They also offer one of the best online recipe databases that allows you to sort recipes by dietary preferences and health conditions. Most are no sugar or low sugar.
https://www.thesuppersprograms.org/
Among the non-scientific community, Connie Bennett is one of those personal advocates whose books and work have been around for years. A self-described sugar addict and carb junkie, she has been inspired by the work of the Hypoglycemia Support Foundation, and has contributed to our work, supporting projects like the “Blood Sugar Rollercoaster” Infographic.  She published her first book in 2006, Sugar Shock: How Sweets and Simple Carbs Can Derail Your Life–And How You Can Get Back on Track.
http://connieb.com
Finally, there is only one organization we know and respect that offers a decent directory of health care providers that might be able to help you…
LowCarbUSA
A dedicated and high quality network of health providers dedicated to cutting unhealthy carbs.
https://www.lowcarbusa.org/low-carb-providers/lchf-doctors/

A plausible mechanism by which a high-GI diet may increase the risk of insomnia is through acute spikes and troughs in blood glucose. GI and glycemic load have been shown to provide physiologically valid estimates of postprandial glycemia and insulin demand in healthy individuals (28). Postprandial hyperglycemia from high dietary glycemic load and resultant compensatory hyperinsulinemia can lower plasma glucose to concentrations that compromise brain glucose, ∼70 mg/dL (3.8 mmol/L) (29), triggering secretion of autonomic counterregulatory hormones such as adrenaline, cortisol, glucagon, and growth hormone (30). Symptoms of counter-regulatory hormone responses can include heart palpitations, tremor, cold sweats, paresthesia, anxiety, irritability, and hunger (31). Hypoglycemia has been shown to produce arousal from sleep and substantially reduce sleep efficiency in nondiabetic adults (32, 33). High blood sugar from carbohydrate consumption can initially make one drowsy, helping one to fall asleep (4), but the compensatory hyperinsulinemia and counter-regulatory hormone responses can awaken one from sleep (32, 33). Higher-GI diets have also been shown to stimulate inflammatory immune responses (34), which could function to increase the risk of insomnia through antiinflammatory cytokines that inhibit sleep (35). Added sugars could also negatively affect sleep quality by compromising the intestinal microbiome. Higher consumption of added sugars can contribute to intestinal dysbiosis, a maladaptive microbiota imbalance that can profoundly affect multiple aspects of sleep (36).

Possible limitations of our study include the measurement of dietary exposures from FFQs instead of dietary biomarkers or food records and the assessment of our outcome of insomnia from self-reported symptoms as opposed to objective clinical diagnosis. The exact nutrient amounts for each food were not analytically measured, so some of the nutrient values were estimated or imputed rather than being exact analytic values from a laboratory assay. For example, 26–50% of the values for the variable “dietary added sugars” are estimated or imputed. Estimates were generally based on a similar food, another form of the same food, a known nutrient value associated with the missing value, or recipes or formulations from manufacturers. Although we would expect any misclassification of exposure or outcome to be random, resulting in nondifferential misclassification which typically leads to bias toward the null hypothesis (37), we cannot rule out the possibility that bias, particularly food recall bias, could be systematic and related to variables such as BMI, age, or ethnicity. Sleep deprivation from insomnia could also induce carbohydrate cravings, so reverse causation could have contributed to our results in the cross-sectional analyses (38). There is also a potential for residual confounding from unmeasured confounders and the possibility of false positives with multiple statistical tests. Because the variables included in Model 3 are theorized to be mediators of the relation between the dietary variables and insomnia, any resultant attenuation from their inclusion does not necessarily imply confounding, but could be consistent with some of these variables lying along the causal pathway. The participants’ eating habits may not be representative of those common now, almost 20 y later. Finally, our study sample was confined to postmenopausal women, limiting the generalizability of our findings to other populations. The results from this study suggest that a high-GI diet could be a risk factor for insomnia in postmenopausal women, whereas dietary fiber, nonjuice fruit, and vegetables reduce its risk. If high-GI diets increase the risk of insomnia, then dietary interventions that promote the consumption of whole unprocessed carbohydrates that are high in fiber and have low GIs could serve as potential treatments of, and primary preventive measures for, insomnia in postmenopausal women. Randomized controlled trials examining dietary patterns in relation to insomnia are needed to clarify these findings. We acknowledge the following WHI investigators: Program Office (National Heart, Lung, and Blood Institute, Bethesda, MD): Jacques Rossouw, Shari Ludlam, Dale Burwen, Joan McGowan, Leslie Ford, and Nancy Geller; Clinical Coordinating Center (Fred Hutchinson Cancer Research Center, Seattle, WA): Garnet Anderson, Ross Prentice, Andrea LaCroix, and Charles Kooperberg; Investigators and Academic Centers: JoAnn E Manson (Brigham and Women’s Hospital, Harvard Medical School, Boston, MA); Barbara V Howard (MedStar Health Research Institute/Howard University, Washington, DC); Marcia L Stefanick (Stanford Prevention Research Center, Stanford, CA); Rebecca Jackson (The Ohio State University, Columbus, OH); Cynthia A Thomson (University of Arizona, Tucson/Phoenix, AZ); Jean Wactawski Wende (University at Buffalo, Buffalo, NY); Marian Limacher (University of Florida, Gainesville/Jacksonville, FL); Robert Wallace (University of Iowa, Iowa City/Davenport, IA); Lewis Kuller (University of Pittsburgh, Pittsburgh, PA); and Sally Shumaker (Wake Forest University School of Medicine, Winston-Salem, NC). The authors’ responsibilities were as follows—JEG and LH: designed the research; JEG: analyzed the data and had primary responsibility for the final content; and all authors: wrote the paper and read and approved the final manuscript. All authors report no conflicts of interest. References 1. Leger D, Bayon V. Societal costs of insomnia