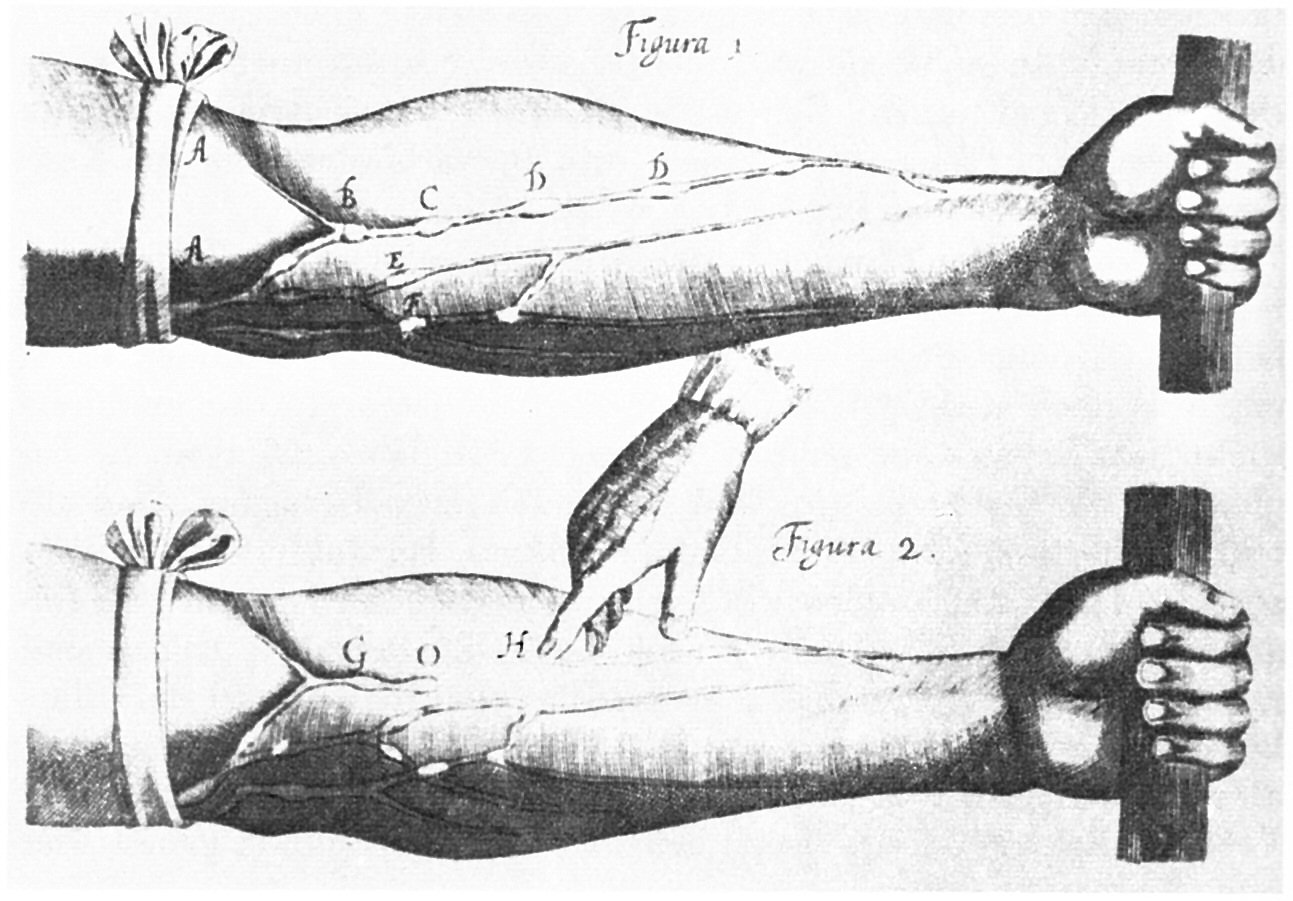 (Excerpted from Sugar Shock by Connie Bennett, Chapter 13, “It Might NOT Be `All in Your Head’: What Your Doctor Doesn’t Know or Believe About Hypoglycemia,” pp. 194 to 198).

To help you better understand this condition, a quick historical look is in order. Hypoglycemia was discovered in 1924 by Seale Harris, M.D., a year after the Canadian physician Frederick Banting, M.D., received a Nobel Prize for finding a way to extract the hormone insulin, which could help diabetics control the abnormal amounts of sugar in their blood.

Dr. Harris, a professor of medicine at the University of Alabama, observed that many people who were not diabetic and not taking insulin were also experiencing symptoms of insulin shock, which was at the time believed to be only caused by an insulin overdose. But he found that these non diabetic people also were having an insulin overdose, which sent their blood sugar plummeting, leading to low levels of glucose in their blood.

In other words, Dr. Harris discovered that a diabetic’s dilemma (under-production of insulin) has a complementary problem: hyperinsulinism (excessive insulin in the blood). He officially reported his discovery, declaring low levels of glucose in the blood to be symptoms of hyperinsulinism (now more commonly referred to as hypoglycemia). He also found that patients with low-blood-sugar symptoms had been wrongly treated for such diverse conditions as hysteria, brain tumor, coronary thrombosis, epilepsy, mental disorders, gallbladder disease, appendicitis, asthma, allergies, ulcers, and alcoholism.

“Dr. Harris pointed out that the cure for low blood glucose or hyperinsulinism… was something so simple that nobody–not even the medical practitioners–could make any money out of it,” William Dufty recounts in Sugar Blues.

“The remedy was self-government of the body. The patient with low blood glucose must be prepared to give up refined sugar, candy, coffee, and soft drinks–these items had caused the troubles. Patients with hyperinsulinism could never be made dependent for a lifetime on anybody else,” Dufty writes. “They had to fend for themselves. A doctor could merely teach them what to do. Hyperinsulinism or low blood glucose therapy was a do-it-yourself proposition.

“The medical profession landed on Dr. Harris like a ton of bricks. When his findings were not attacked, they were ignored,” Dufty goes on. “His discoveries, if allowed to leak out, might make trouble for surgeons, psychoanalysts, and other medical specialists. To this day, hyperinsulinism or low blood glucose is a stepchild of the disease establishment,” he concludes.

Here’s where hypoglycemia’s history becomes even more baffling. In 1949, the AMA finally honored Dr. Harris with the Distinguished Service Medal, its highest scientific award, for the research that led to the discovery of hypoglycemia. “But then in 1973, the American Medical Association did a complete 180-degree turnaround and labeled hypoglycemia a non-disease,” points out Roberta Ruggiero, founder and president of the Hypoglycemia Support Foundation, Inc.

Apparently, this dismissive attitude toward low blood sugar came about, at least in part, because in the late 1960s and 1970s , hypoglycemia hit the limelight, Ruggiero recalls.

“It was considered the ‘in’ health condition, but the problem was that hypoglycemia was used to explain away some of humanity’s worst ills, with little or no scientific backing. Many people proclaimed themselves hypoglycemic without bothering to consult a doctor or get a Glucose Tolerance Test. The backlash in the medical establishment was swift.”

So a mere 25 years after paying tribute to Dr. Harris for his contributions to medicine by identifying hyperinsulinism or hypoglycemia, the AMA, along with the American Diabetes Association and the Endocrine Society, sent an alarmist “Statement on Hypoglycemia” to the prestigious Journal of the American Medical Association to rectify “possible widespread misunderstanding.

The letter announced: “Recent publicity in the popular press has led the public to believe that there is widespread and unrecognized occurrence of hypoglycemia in this country. Furthermore, it has been suggested repeatedly that the condition is causing many of the common symptoms that affect the American population. These claims are not supported by the medical evidence.

“Hypoglycemia means low blood sugar,” the letter continued. “When it occurs, it is often attended by symptoms of sweating, shakiness, trembling, anxiety, fast heart action, headache, hunger sensations, brief feelings of weakness, and, occasionally, seizures and coma. However, the majority of people with these kinds of symptoms do not have hypoglycemia.”

After that damning, formal “hypoglycemia-is-rare” verdict reached the ears of medical doctors nationwide, they became more closed to the possibility that the condition even existed. Therefore, when patients approached mainstream physicians with suspicions of hypoglycemia, they were often dismissed as misguided and silly.

But, a number of open-minded doctors have been standing up for suffering hypoglycemics worldwide. For one, the late Harvey Ross, M.D., the psychiatrist who co-wrote Hypoglycemia: The Classic Healthcare Handbook, was outraged, dismayed, and troubled by his profession’s disdainful attitude.

“For some obscure reasons, which I am unable to understand, a number of physicians refuse to admit there is such a thing as hypoglycemia,” Dr. Ross laments in his book, Fighting Depression: How to Lift the Cloud That Darkens Millions of Lives.

Hypoglycemics, he further bemoans, “are sent to psychiatrists after their own physicians have listened to all the varied complaints and have found not other reason than that the patient must be a hypochondriac.”

The Doctors of Disbelief

Now, more than eight decades after hypoglycemia’s discovery, many–if not most–physicians still think it unlikely that your symptoms and your habit of eating sweets and inferior carbs are linked to low blood sugar. The American Medical Association Family Medial Guide (Third Edition, 1994) sums up the attitude of many mainstream doctors in one brief sentence: “[Hypoglycemia] occurs most exclusively in people with diabetes mellitus.”

Why are physicians so reluctant to identify this condition? “We haven’t been been teaching our physicians correctly,” explains endocrinologist Diana Schwarzbein, M.D. “They’re used to identifying diseases with known causes,” she points out. “Doctors have no problem believing in hypoglycemia when it’s ‘disease-related’–say, liver or kidney failure, or tumors in the pancreas.”

“Here is what usually happens: You go to see your doctor, and you have symptoms while in the doctor’s office. Even if you have your blood sugar drawn during your low-blood-sugar episode, it will be normal because the symptoms caused by the your body’s response to your dropping blood sugar levels, not the low levels themselves,” Dr. Schwarzbein continues.

“You have to understand that if your sugar really were to drop critically low, that would cause seizures and incompatibility with life. That is why your body goes into emergency mode and counters the drop in blood sugar levels by secreting your stress hormones. That is what causes the symptoms of hypoglycemia. So most doctors’ ideas of hypoglycemia are about people going into comas and having seizures, and then being able to document it by saying, ‘Look, the blood sugar was 30.’

“When a patient with reactive hypoglycemia consults a doctor, the only evidence he can present is a syndrome–a collection of symptoms that often occur together but for which there is no known cause. And, many things,” Dr. Schwarzbein adds, ”can trigger those symptoms–skipping meals, eating too much sugar, over-exercising, or becoming very, very stressed.”

When asked why doctors discount reactive hypoglycemia’s existence, Dr. James Chow, coauthor of Hypoglycemia for Dummies, notes that “part of the reason is that there are no viruses or anything concrete that one can point to, and the symptoms are too general and nonspecific.

“Also, hypoglycemia is not a disease per se, but a condition that is managed through dietary and lifestyle changes–not something doctors are taught in medical school. If it’s not a disease entity for which they can write a prescription, then they don’t think it exists,” he observes.

This enlightening historical material on hypoglycemia was excerpted from Sugar Shock! How Sweets and Simple Carbs Can Derail Your Life and How You Can Get Back on Track, by Connie Bennett, C.H.H.C. with Stephen T. Sinatra, M.D.

Connie Bennett is one of the Hypoglycemia Support Foundation’s long-standing advisors and her support underwrote the HSF website as well as HSF’s comprehensive infographic on hypoglycemia. Connie’s next book, I Blew My Diet! Now What? The Simple 30-Day Plan to Crush Your Cravings, Rebound After Relapse and Lose Weight for Good, will be published March 10, 2020. Visit Connie Bennett’s website at http://connieb.com.

Image credit (Wikipedia): William Harvey (1 April 1578 – 3 June 1657) was an English physician who made seminal contributions in anatomy and physiology. He was the first known physician to describe completely, and in detail, the systemic circulation and properties of blood being pumped to the brain and body by the heart.