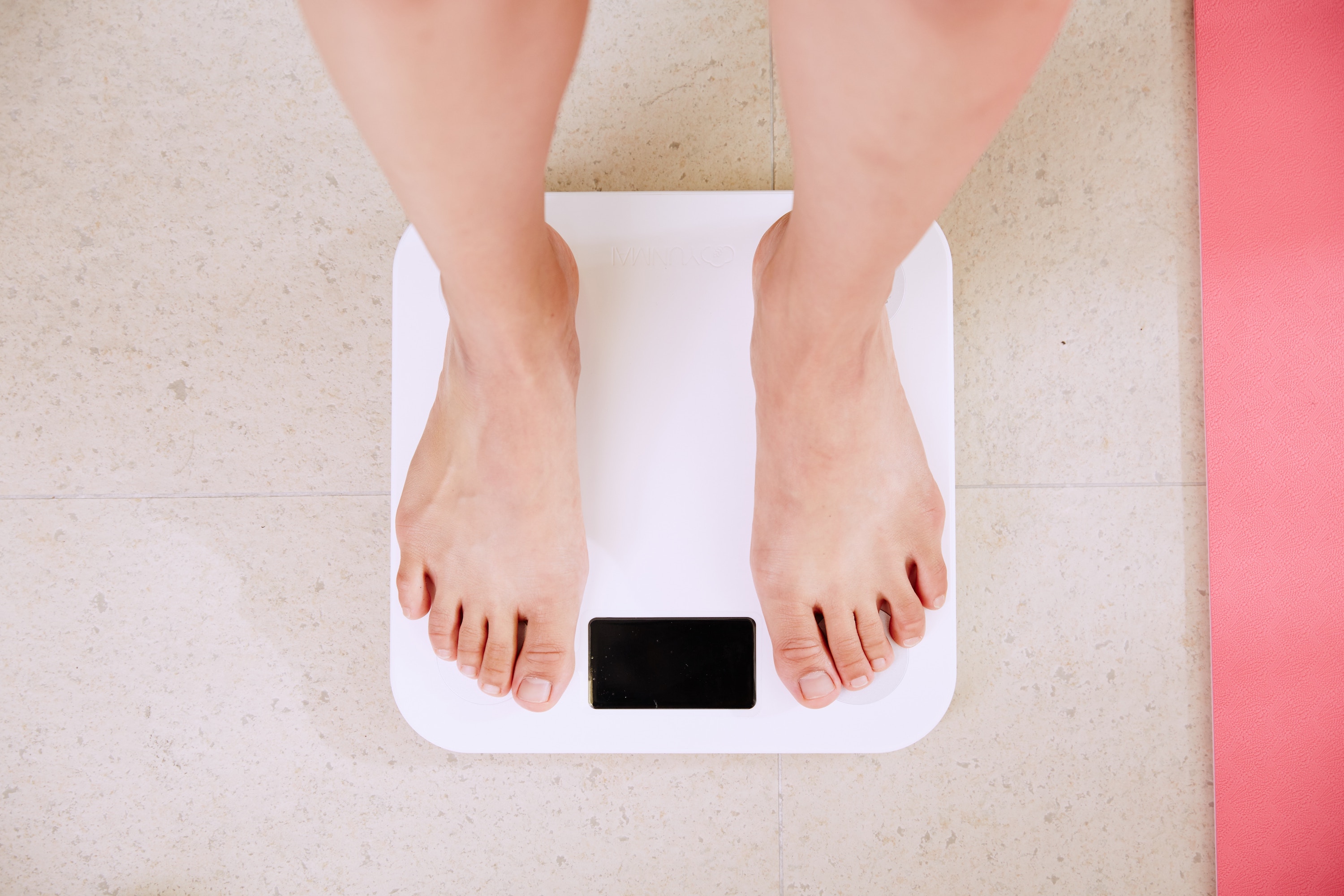 The “Energy Balance Hypothesis,” as Applied to Nutrition, is Marketing Mythology

Debunking Junk Science That Is Used to Sell Us Junk Food

Eight primary diseases related to metabolic dysfunction account for a staggering 75 percent of the healthcare costs in the US. In order to escape culpability for their role in the pandemic of metabolic disease, food and beverage corporations have diverted the focus of responsibility to the consumer by hiding behind a pseudoscientific concept called “energy balance.” They have used this narrative to dominate the conversation about food and fitness for decades, wielding this so-called “science” to discredit any and all who would dare challenge them.

Food marketing relies on the classic propaganda principle: if you tell a lie big enough and keep repeating it, people will eventually come to believe it. Learning how to separate fact from fiction is essential if society is going to make any progress toward improving our collective health.

In order to deconstruct the myth of energy balance, we’re going to employ some basic science—physics, biology and chemistry. And a little history too.

What is the myth of energy balance?

On the surface, this sounds like common sense.  But it’s not true. This oversimplification exploits a false assumption. Let’s gain a better understanding of our metabolic health using real science, not mythology.

E Is for Energy, F Is for Fuel

Let’s begin with the big E: energy.  In reality, when the industry says “energy,” they are actually referring to food. Is food energy? Here is where the false assumption comes in. Food contains chemicals that can be converted into energy. But, to be more accurate, food is fuel. The difference between fuel and energy is critical.

In physics, energy is a property of objects which can be transferred to other objects or converted into different forms, but cannot be created or destroyed. The two main types of energy are kinetic and potential energy.

Kinetic energy is energy that is in motion. Moving water and wind are good examples of kinetic energy.

Potential energy is stored energy. Fuels are any materials that store potential energy in forms that can be released and used for work. Examples of potential energy are oil sitting in a barrel, or food on your plate. If the right reactions were performed, they would release a lot of energy and do a lot of work.

In physics, work is the transfer of energy.  This sounds a little tricky, so here is a good illustration of this— a pitcher throwing a ball:

The baseball pitcher does “work” on the baseball by transferring energy from his arm to the ball. What fuels the pitcher’s work?  Food.

The processed food industry wants us to call food energy rather than fuel because they don’t want us to think about the complex biological and chemical reactions, which are called nutrition and metabolism. It is vital that we understand that energy and fuel are not the same.

Calories are units of stored energy; the amount of energy required to raise 1 gram of water 1 degree centigrade. The device that measures calories, or the units of energy contained in food, is something called the Bomb Calorimeter.  Pierre Eugène Marcellin Berthelot (1827-1907), a French chemist, invented the bomb calorimeter in 1881. The bomb calorimeter determines the heat of combustion of food substances by burning it in a metal chamber that is placed in an insulated vessel of water. The heat generated is transferred to the water. The increase in temperature of the water determines the heat released by the food. This central unit of measurement, the calorie, is derived from a device invented 234 years ago that burns things in a small oven. This highlights another false assumption in the energy balance myth. The human body is not an oven. 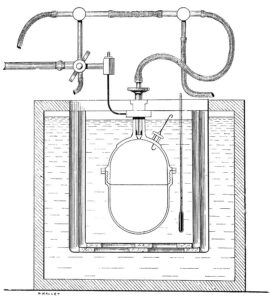 The process by which potential energy is released from food isn’t combustion—it’s metabolism.  Metabolism includes all the biological and chemical reactions involved in maintaining our living cells. Metabolism is only as efficient as its fuel.

Equivalent calories from a glass of milk or a sugary soda are metabolized in very different ways in the human body. While the milk provides nourishment, the soda delivers excess energy to cells that are usually stored as fat. The second pathway also triggers a cascade of negative consequences that damages the liver and impairs the efficiency of metabolism. Combined, these events promote weight gain and metabolic disease.

Not surprisingly, the processed food industry would like you to believe that a handful of Reese’s Pieces is the same as a handful of almonds. In a bomb calorimeter, they’re the same, but in the human body, they’re not. Because we’re not ovens.

Food is fuel, not energy.  Food is a substance that contains energy as well as other values (positive and/or negative) that can be transferred to a living organism (with harmful and/or helpful effects).

Food is more than the sum of its parts.

Actually, “real” food is even more than fuel. “Real” food is alive and complex, and contains bioactive macronutrients (fat, protein and carbohydrates including fiber), micronutrients including vitamins and minerals, beneficial phytochemicals, as well as millions of microorganisms, some bad but most good.

Processing food removes many of the beneficial components of food (fiber, nutrients and microorganisms) to increase shelf life and “palatability”. To make matters worse, the processed food industry uses thousands of “additives”. Look at the online databases called EAFUS (Everything Added to Food in the U.S.) and GRAS (Generally Regarded as Safe). Once there were 180 items that were GRAS. Now there are 10,000. Do you really think there are 10,000 things you can safely swallow?

The most dominant industrial additive in the global food supply is sugar…not the intrinsic sugar found in fruits and vegetables and packaged with fiber, vitamins and minerals, but the factory-produced sugar from commodity crops such as beets, corn and sugar cane. There is a huge difference between the two.

The average American consumes 17 teaspoons (71.14 grams) every day (about 57 pounds of added sugar each year, per person), half of which is fructose— the sweet molecule. And many Americans consume more than twice this amount. This level of sugar has a very different impact in the human body than the sugar you get from eating an orange, and is a leading cause of diet-related disease.

At the core of every human life is a metabolic system – a cellular engine that can be transformative and uplifting, or degenerative and debilitating – killing us slowly and painfully over the course of our (shortened and degraded) lives. The metabolic system is comprised of organs, hormones and enzymes that work together to digest, absorb, process, transport and excrete the constituents that are essential to life. When this system becomes faulty because of the fuel you feed it, health is compromised. It is the difference between wellness and illness.

The food industry says, “Calories in – Calories out.” They say, “We eat too much and exercise too little.” Propagandists bank on you accepting these false assertions as truth. It sounds logical—but it’s not. The idea of “energy balance” is a powerful marketing myth that leads the public to accept a false assumption as science. The processed food industry side-steps science, and uses big-budget marketing as a tool for deception. Hey, it’s worked for 50 years, since the start of our processed food culture. The question is whether the myth will continue, or whether good science can debunk 50 years of deceit. And whether people will restore their health by simply eating real food.

Wolfram Alderson is CEO for the Hypoglycemia Support Foundation. He had his DNA analyzed and discovered that an estimated 3.0% of his DNA is from Neanderthals, apparently higher than average. This fact hasn’t deterred him from cultivating a passionate interest in nutrition science. Despite his origins, he doesn’t eat “Paleo”; he just eats real food.